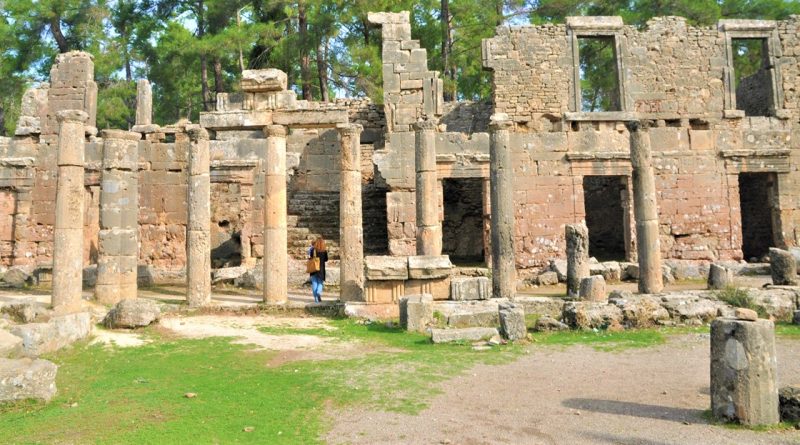 In a dense pine forest spread over a hill top high above Manavgat, lie the robust but also romantic ruins of Seleucia. Once upon a time, this city was the centre of one of the most important regions in the Byzantine Empire. A daytrip to this ancient city takes you into the inlands of Manavgat, by passing waterfalls and the picturesque village of Bucakşeyler.

Not much is known about Seleucia, an ancient city that was supposedly founded by Macedonians, and later on was annexed by the Byzantine Empire. But when you see the remains, you realize it must have been a big city.  Seleucia – original name Lyrbe – lies on a mountaintop surrounded by a dense pine forest. This strategic, remote location probably also explains why –even centuries later- so much is left of this town. 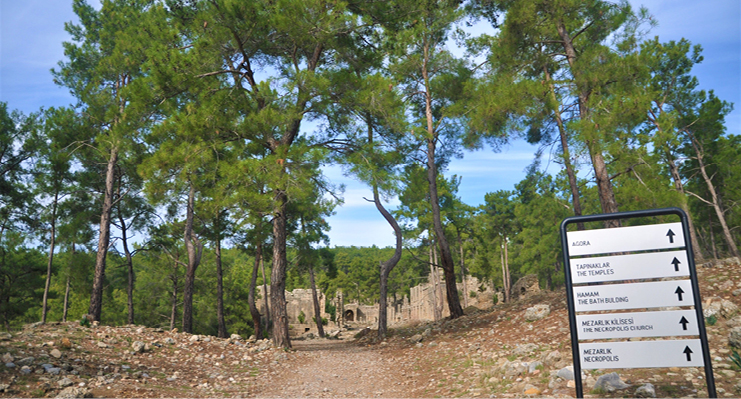 We visit the ancient city after the tourist season. There are signs indicating the road, but still it is a bit of a search to find the right exit. It is actually not far from the centre of Manavgat, just a few kilometres further than the entrance to the famous waterfall. The exit ‘Seleucia (Lyrbe)’ first leads you to the little village of Bucakşeyler. A typical village like so many in the Taurus Mountains; picturesque and cosy. With a tractor at every house and chickens wandering the streets. From this village it is still quite a bit uphill to the site of the ruins of Seleucia. 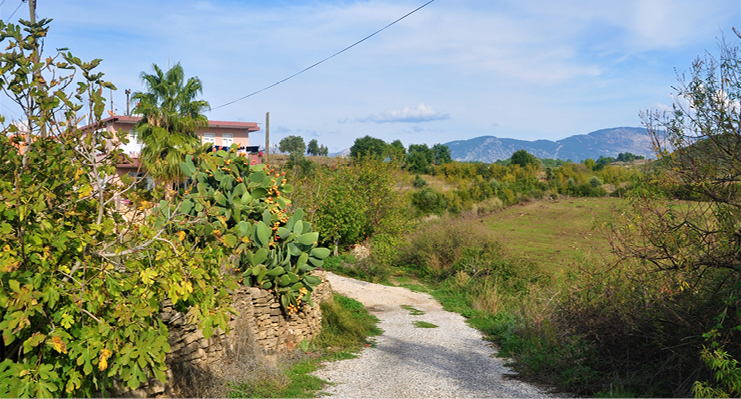 The first thing we notice when we get to the gate is the absolute silence in the forest. And immediately after, our eyes are caught by the enormous, ancient walls that are in sharp contrast with the green of the trees. The walls are supposedly of two-storey high shops, situated around the agora, the central part of the city. This agora is at the same time the most impressive part of what is left of Seleucia. There are still some large pillars standing, there is a small Odeon (theatre) and a temple.

The remains of Seleucia are spread over a fairly large area and the only way to get a good picture is to walk around. Think of it as a refreshing walk in the forest with some things to discover. There is no pathway; you walk on beds of pine needles and climb over fragments of what used to be majestic pillars. The trees rustle and in the distance we hear voices of other visitors. Here and there around the site there are signs. They indicate what else can be found on the archaeological site except the agora. According to them there are remains of a Roman bathhouse, a necropolis (Roman cemetery) and various temples and churches.

However, for those of you who want to see curly ornaments and decorated arches: you will be disappointed. Besides a rather rough piece of floral artwork there aren’t many frills in the architecture of Seleucia.

Yet, according to sources, it was a large, prosperous city. During the late period of the Byzantine Empire, which began in the 8th or 9th century, Seleucia was the centre of one of the most important regions of this Empire. In 1180 the Armenians took control of the city.

After a few hours of wandering through Seleucia we head back to the main road. If there’s still time, you can continue towards the Oymapınar Dam. But we drive back and stop for a minute at the waterfalls, because they are worth visiting in any season. 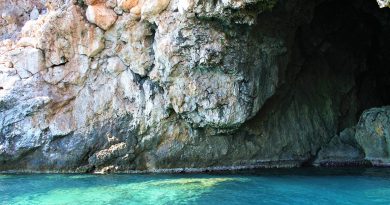 4 Caves in Alanya you can only see from the sea

How to make different kinds of Turkish Köfte