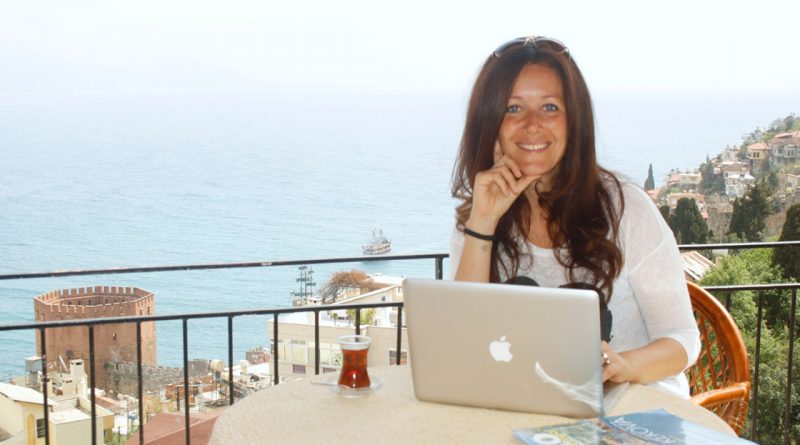 Meet Katharina Lundgreen-Bayar. Katharina was born in Belgium and grew up in Germany and the Netherlands. She now lives in Alanya, with her husband Bülent and son Ilyas. Five years ago, when she moved to Alanya, she started writing her blog called Canım Benim, Turkish for ‘My Life’. It is the place where she writes about her experiences in Alanya and her life as a foreigner in Turkey. All in a pleasant and constructive way. In her column in Hello Alanya Magazine Katharina shares her thoughts and tells what is keeping her busy in her daily life. But first, in this interview, she tells a little bit more about who she is and how she ended up in Turkey. 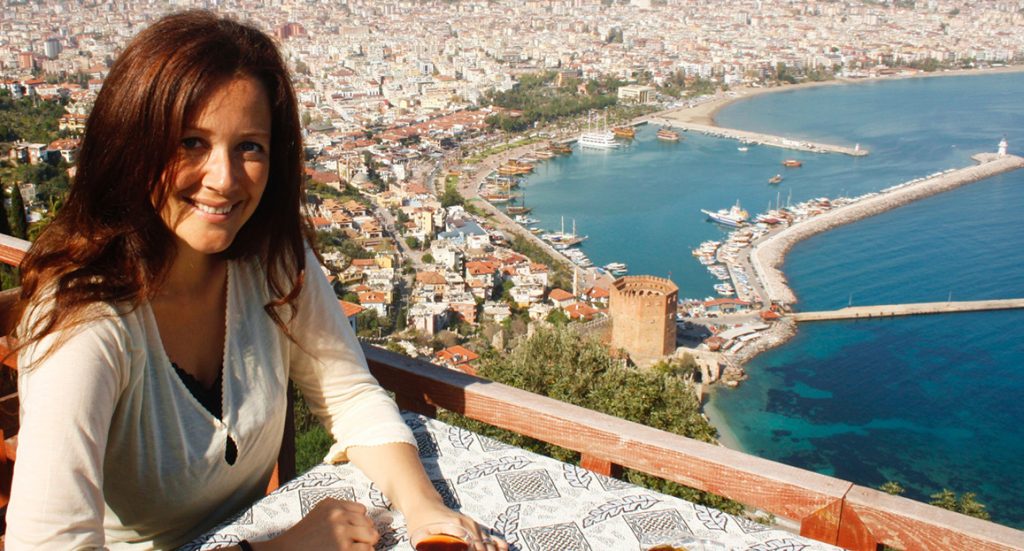 We catch up with Katharina at one of her favourite haunts in Alanya: Starbucks. It’s where she goes to meet friends, works on her blog and drinks cappuccino.

Katharina moved permanently to Alanya at the end of 2010 and, shortly afterwards, started her blog ‘Canım Benim’, or ‘my life’. “I originally started Canım Benim to keep friends and family up to date with my life here in Alanya”, she says. “It saved me having to repeat the same story over and over to everyone I knew. Over time it became apparent from the messages I received that my blog was being followed by more and more people with whom I had no connection and who were not from around here.”

Katharina uses Canım Benim to describe what she gets up to in Alanya, how she spends her time, her experience of cultural differences and the impact they have on her. “Turkey is a fascinating country. It’s a country with a long history. Its traditions continue to be practised today and do not fade away with time as they do in our culture. I think it’s great that, for example, young Turks, who otherwise have modern lifestyles, still have a köy – a village – where, for example, their grandparents live and where they eat, sitting on a rug on the ground.  It’s the most natural thing in the world to them. In Turkey there is no great divide between city and country life, and between generations. This is the kind of thing I want to share via my blog: there are still lots of misconceptions about Turkey and many people still have a prejudiced opinion of the country. People here will often say: ‘we’re heading for the mountains, because the villages there are where the real Turkey is.’ But the lifestyle of wealthy, modern Turks, for example, who live in large houses and drive expensive cars, is also representative of the real Turkey. I make observations and relate my thoughts through my blog.”

In a pleasant and constructive way, of course. “Canım Benim is pleasant and honest. The title says as much too. There are plenty of complex issues in this country in, for example, in politics and human rights. But I stay well away from these. I’m well aware that less positive things go on, and that it’s important to know about these. But my blog has an entirely different focus. I also don’t feel well enough informed to be able to judge everything appropriately, nor that I’m the right person to formulate and present the opinions of others in relation to these issues.”

Katharina first came to Alanya in 2001 when she visited a friend working as a holiday rep. Her friend used to go to the Old Istanbul Steak House restaurant, where Bülent worked. She had fallen in love with him and, by the end of the holidays, Bülent and Katharina started a relationship. After a tour in Australia that had been planned some time before, Katharina decided to move to Alanya in 2002 for a longer period of time. “I wanted to give the relationship a chance and to get better acquainted with Turkish culture, and I was offered a job as a tour guide. I did that for two years.” 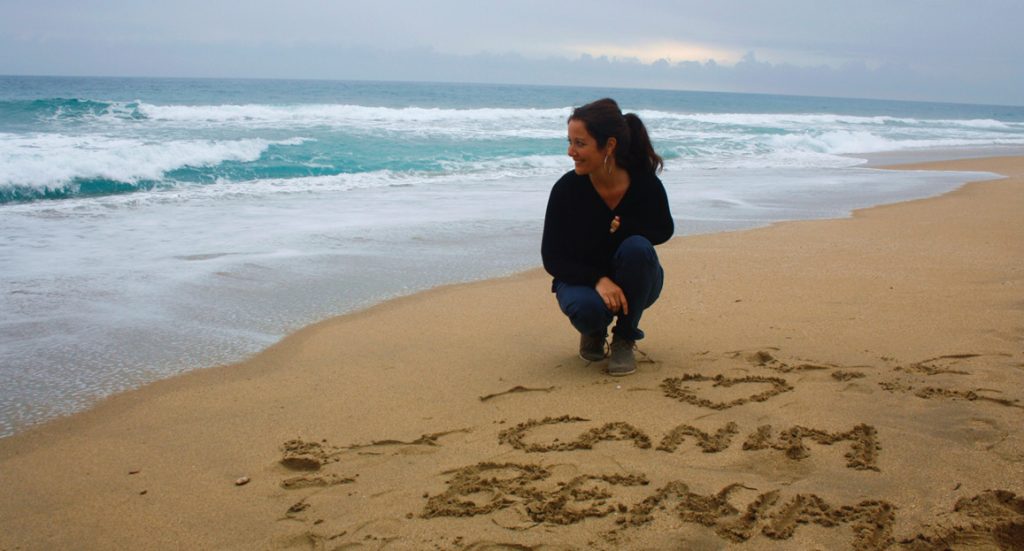 After two years she began to get itchy feet. “After two years, I was sure of two things: I was entirely comfortable with our relationship, and I really did not want a job in tourism. Alanya was holding me back at that time too. I wanted to go and study in Amsterdam.”

Her boyfriend, who by now owned the restaurant, thought it was a good idea and encouraged her with her plans. “He’d become joint-owner of the business and told me: “you have to do it now. You may not get another chance and then you’ll only regret it. I’ll be here in Alanya.”

Life in Amsterdam was exactly what she needed at the time: busy, varied and full of new challenges and impulses. Katharina studied Media and Culture at the University of Amsterdam (UVA). During the holidays she would return to Alanya and, when the restaurant closed for the winter, Bülent would go to the Netherlands.

“We always thought we’d eventually settle down in the Netherlands. Alanya was not an option. After graduating it seemed only natural that I would get a job in that sector and so I started work for the publisher, Penguin Books. It was great. I had the time of my life.”

Even so….. After a few years, and to quote Katharina herself, the novelty began to ‘wear off’. “On the face of it, nothing was wrong. I lived in the centre of Amsterdam, less than five minutes from work. My job was more than I could have wished for. But it was all so predictable. In the years ahead, it would stay exactly the same. In the Netherlands I knew exactly how my life would pan out over the years.  May be I could get another job, or move house… but that wouldn’t change much. It’s when I started to be drawn to Alanya.”

It was also the right time. Her degree and job had equipped Katharina with enough self-confidence to get by in Alanya. “It also gave me a different outlook on things. Everything that had seemed negative ten years previously, for example my belief that there was nothing to do or learn, in contrast now seemed positive. In Amsterdam, for example, you’re bombarded with impulses, whereas in Alanya it’s much more down to you as to how you have fun and realise your goals. You have no choice but to become creative and try harder.” 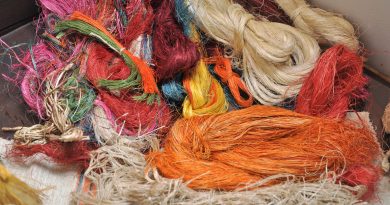 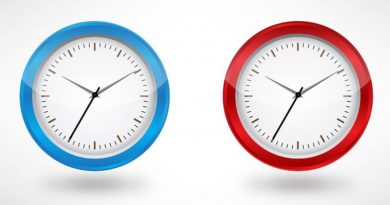 No difference between summer- and wintertime in Turkey

One thought on “Katharina Lundgreen: ‘Living and Loving My Life in Alanya’”