This month, when the crescent moon lights up the night sky, Ramazan will begin. In 2018 the Islamic month of fasting runs from May 15 to June 14. It is the period that all Muslims throughout the world are abstaining from eating and drinking from sunrise to sunset. But what does it actually mean? Here are eight frequently asked questions with answers about the Islamic fasting month.

Why do Muslims fast?

Fasting during Ramazan is one of the five pillars of Islam, which means that it is an obligation for those who practice this religion. This means that during daylight hours, Muslims are abstaining from eating, drinking, smoking etc.

Muslims look forward to the month of Ramazan. By fasting, they are obeying the word of Allah, and He, for his part, has created Ramazan, the month in which sins are forgiven and good deeds earn extra reward. For Muslims, Ramazan is more than just fasting. The month is all about contemplation, charity and, in particular, reinforcing one’s faith.

Why is the fasting in the month Ramazan?

Ramazan is the name of the 9th month of the Islamic calendar. Muslims believe that on the 27th day of this month in 610 AD the Prophet Mohammed got his first revelation from Allah. Tradition has it that he was wandering through the wilderness when suddenly the angel Gabriel appeared to him. Gabriel told him that he had been chosen to receive the word of Allah. The angel gave the Prophet Mohammed a golden tablet engraved with verses.  Mohammed continued getting revelations for the next 22 days and the holy Koran was complete. The prophet learned the verses off by heart and began to spread the word among his people.

Since the initial revelations took place in the month of Ramazan, and this event is considered to be the foundation of the Islamic faith, the month is regarded as the holiest of all months on the calendar.

Why isn’t Ramazan the same time every year?

Our Gregorian calendar is based on the time it takes the Earth to orbit the sun. For us therefore, a month has 30 or 31 days, and a year has 365 days (or 366 days, once every four years).

The Islamic year is 11 days shorter than a solar year, so each year the Islamic months shift forward with respect to the solar year. This results in the month of Ramazan falling in a different season every so many years. Muslims regard this as a sign of Allah’s righteousness: indeed, it ensures that Muslims on one side of the world don’t have to fast forever in long, hot, summer months, while those on the other side fast on shorter, cooler, winter days.

Every new month in the Islamic calendar begins with the new moon, the well-known crescent shape, which is also often used as the symbol of Ramazan.

When and what do Muslims eat during Ramazan?

Muslims in Turkey rely on a calendar that has been prepared specifically for Ramazan. It shows the exact time of sunrise (Fajr) and sunset (Maghrib). This means that Turkish Muslims fast from about half past five in the morning until half past eight in the evening. During the month, this will change a bit because the days get shorter.

Before the sun rises Muslims eat a special breakfast, called `sahur’, then they fast all day. When the sun goes down, the call for prayer (adnan) breaks the fasting, the breaking of the fast is called Iftar. In Alanya a loud bang is heard, like a cannon shot, when Iftar starts. Traditionally, fasting is broken with some dates and water and then some soup. This is normally followed by an extensive but simple meal.

Does everybody have to participate?

All Muslims who are physically and mentally healthy are obliged to participate in Ramazan. If you are too young, too old or too sick, you do not have to observe. There are exceptions for soldiers in war zones, for those who are on a journey and for women who menstruate or are pregnant. Muslims, who do not fast during Ramazan for these or any other reason, are expected to do so at another time.

What if, as a non-Muslim, I am in a Muslim country during Ramazan?

As a tourist or expatriate, you don’t have to fast. However, a certain amount of consideration when eating and drinking in public would be nothing more than appropriate. Muslims will appreciate it very much if you don’t eat your lunch ostentatiously in their presence.

What if I am invited by Turkish friends who fast for Iftar?

Ramazan is a period of harmony, reconciliation and togetherness, so don’t hesitate to accept such an invitation. When invited for such a dinner, you may wish them ‘Ramazan mübarek olsun’, which means ‘Have a blessed Ramadan’. It is also very much appreciated to bring treats or a small present.

How does the month of fasting ends?

After thirty days of fasting, for sure, it’s time to celebrate! The new month begins `Shawwal’ and marks the first day of `Şeker Bayramı’ or so called Sugar Feast. This year in Turkey, this festival starts on June 14th and will last for three days. Please note that public institutions are closed for these three days. Likewise for some shops, but in general they only close for the first day. The Sugar Feast owes its name to the tradition of eating large amount of sweets during these days. 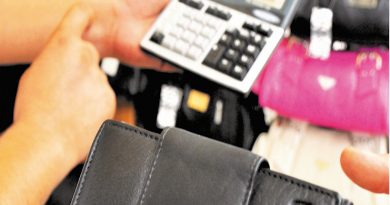 Deal or no deal? Tips for successful haggling in Turkey

Your Guide in Turkey
Hello Alanya focuses on all the wonderful things Alanya has to offer.
@cindyolcan @alanyapropertynetwork

#goodmorning Cycling slowly to the office with the

Over 11 million young trees 🌱🌱🌱were plant

Cleaning the Sea! 🌊 For the 5th consecutive ye

29 October is an important day in Turkey 🇹🇷I

📌One of Alanya's touristic highlights: the ship

As winter is approaching, it is time to make Turş

We experienced the perfect weekend getaway in Adra