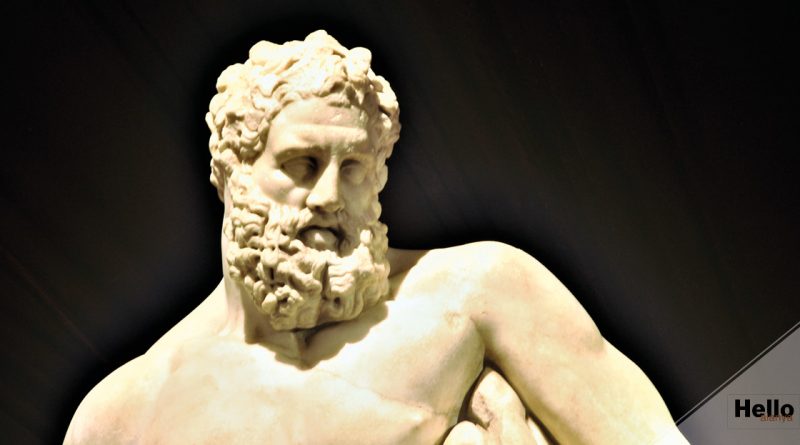 When we step into the Antalya Museum, it is as if we are entering another world. We are walking in the footsteps of the greats: warriors, fighters, leaders…And we experience the lifestyles, crafts, hidden treasures, mythological and real life stories of a long gone era. It is as if it is all coming to life in front of us. Amazing. And we wonder: ‘Why haven’t we visited this place sooner and more often!’

The Antalya Museum is amongst the leading museums of the world – it has one of the most precious collections of Roman sculptural works and unique finds which were recovered as part of museum archaeological excavation and recovery projects. The Museum has a unique open air exhibition (Excavation Hall) which is full of archaeological treasures and an international excavation centre which contains artefacts recovered by archaeologists from Turkey, Germany, America, France, Austria and England, and other science commissions. 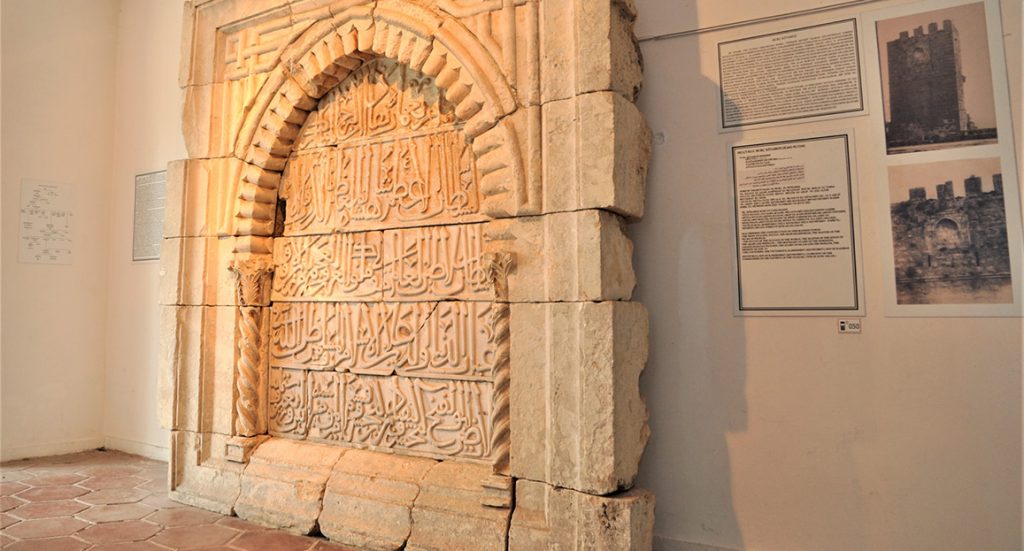 Taking a trip through the history of Anatolia

Although we arrive early, we soon find out that several hours will not be enough to see everything there is in this wonderful museum. Approximately twelve thousand archaeological pieces associated with the local region are displayed chronologically or are exhibited according to subject matter. Visiting the Antalya Museum is like taking a trip through the history of Anatolia from the first man made flint stone tool to recently woven carpets.

Antalya Museum was founded in I922 by a teacher, Süleyman Fikri Erten. It was originally established in the old town in the Alâeddin Camii (Mosque) and thereafter in the Yivli Minare (the Fluted Minaret). However such was the vast quantities of treasures and artefacts recovered that greater space was needed and a new complex was established at Konyaaltı Caddesi in 1972. The Museum now occupies and area of 30 000 square meters and has 13 exhibition galleries. These include:

Displays in the Hall of Natural History and Prehistory contain examples of hand axes, scrapers made of flintstone, bone awls, burins as well as daggers and spear heads made of animal horn. Skulls of a Neanderthal child and a number of skulls and skeletons of Homo sapiens are displayed along with the teeth and bones of extinct animals from the Paleolithic Age.

The Gallery of the Gods

The Antalya Museum possesses priceless statues recovered from the ancient city of Perge excavated by Professors A. Müfit MANSEL and Jale İNAN from İstanbul University since 1946. The museum’s collection of statues is a unique exhibit of the Pergaean School of sculpture that occupied a special place during the period of Roman sovereignty in Asia Minor. More than one hundred statues are grouped and displayed according to their characteristics and types, in various halls and galleries. Hall number 6 contains some of the major treasures of the museum.

The Hall of the Sarcophagi 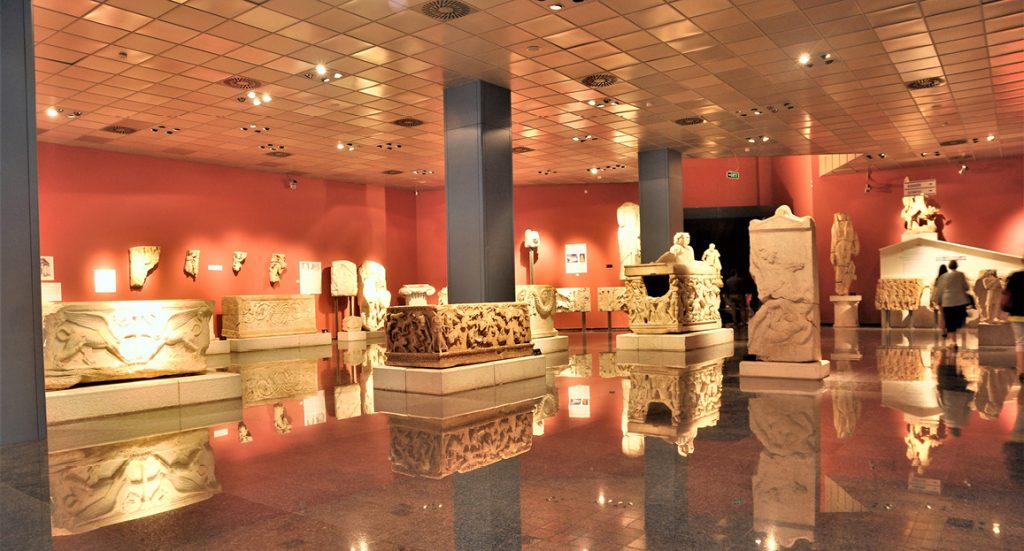 Some of the best sarcophagi of the necropolis, or burial grounds of Perge are displayed in this hall. There is also a pet sarcophagus on display.

This part of the museum contains one of the richest ceramic collections in Turkey. One of the earliest pieces of pottery in this collection comes from Hacılar, which was excavated by Prof. J. Melleart from London Archaeology institute in the ‘60s. This 4th Century BC pottery originally attracted attention because of its wonderfully painted decoration. The highly polished handmade vessels are most striking; they are representative of the Anatolian Chalcolithic Period. The decoration of these vessels (red on buff) displays a special effect, making it difficult to determine which forms the background and which forms the design.

The Gallery of Mosaics

Here, some very fine but rather damaged mosaics from Seleuceia and Xanthos are exhibited. One mosaic flaunts Orpheus in amongst wild animals. Orpheus, in mythology, is known to be the famous mythical poet, son of Eagrus and Muse Calliope. Such was his power in song, that he could move trees and rocks and tame wild beasts.

The museum in Antalya has one of the most enriching and quality collections in the world. Almost all the statues belong to the second century A.D., the Golden Age of the Roman Empire. The rich discoveries in Pamphylia, Antalya and surrounding areas show that the region was prolific in producing marble sculpture of the highest quality in this bright period.

The Gallery of the Icons

Unlike monumental decoration, the icon has no ornamental function; rather, it is something to be worshipped, has protective powers and is an object of personal piety to be venerated, presented to the sick and taken on journeys. In acts of devotion, the icon of a saint or an event is brought out on the appropriate feast day; it is incensed and carried in processions.

Gallery of the Emperors

This exhibition is dominated by a magnificent statue – the statue of a dancer – from the second half of the second century A.D. Recovered during the excavation in Perge, this statue is the most impressive statue in the Antalya Museum. The whirling motion of the body and the chiton she wears reveal the contours of her body, the himation rolled into a belt gathers motion in its end points. Her hands hold the ends of her skirt and the neck is turned in a swift motion.

The Gallery of the Perge Theatre

This exhibition is divided into two sections. The first section contains an audio-visual display of ancient theatres, in particular, the Perge theatre. The walls of this section are decorated with friezes of masks from the theatre and visuals of the theatre before and after excavation. The second section is `The Hall of the Perge Theatre’, containing 17 statues. There are also two carved pillars on display, one bearing a frieze of Artemis Pergaea, showing a ritual sacrifice, and ten carved panels that show a battle between gods and giants.

The Antalya Museum’s Ethnographical collection occupies three galleries of the present-day museum. Items on display include exhibition pieces of Seljuk and Ottoman tiles, religious materials, jewellery, seals, medals……costume collection including women’s tradition wear not only from the region but from various parts of Asia Minor….the evolution of arms, from the bow and arrow to the pistol….unusual examples of calligraphy and religious materials and scales from the Elmalı Abdal Musa Dervish Convent….the story of spoon-making from its designing stage to its actual making includes tools used for the purpose….musical instruments including, particularly, those instruments used by the nomads of the region…….cigarette and coffee sets displaying the finest materials that were important in the daily life of the Ottoman Period…..the Yörük, or the nomads tent, a “Blank Tent” used in the mountains in the summer time and by the seaside in winter, is displayed with all the related materials necessary in the daily life of the nomads…..the “Döşemealtı” Carpets native to Antalya, various rug samples and looms and a typical nineteenth century Antalya home with its living room, bedroom and bathroom.

However, the Museum is not a stand-alone experience, the full appreciation of the regional culture and history can only be full appreciated by visiting the associated ruins e.g. Patara, Phaselis, Myra, Xanthos, Perge, Limyra, Aspendos, Arykanda, Termessos, Olympos, Simena, Karain Cave and the Museum of Saint Nicholas.

This article is published in Hello Alanya Magazine July 2014 and updated on 9 March 2017.

Important information: We do our best to keep our content updated, however, changes can occur. Therefore we strongly advise before visiting any of the above mentioned places, to check current opening hours and entrance fee(s). 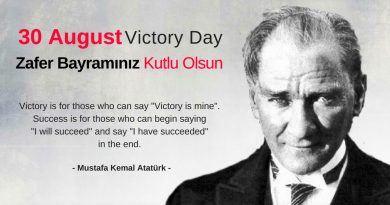 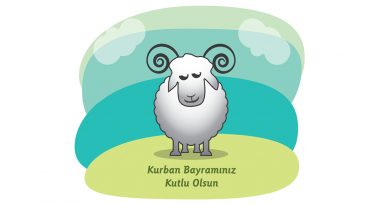 Kurban Bayram, The Feast of Sacrifice