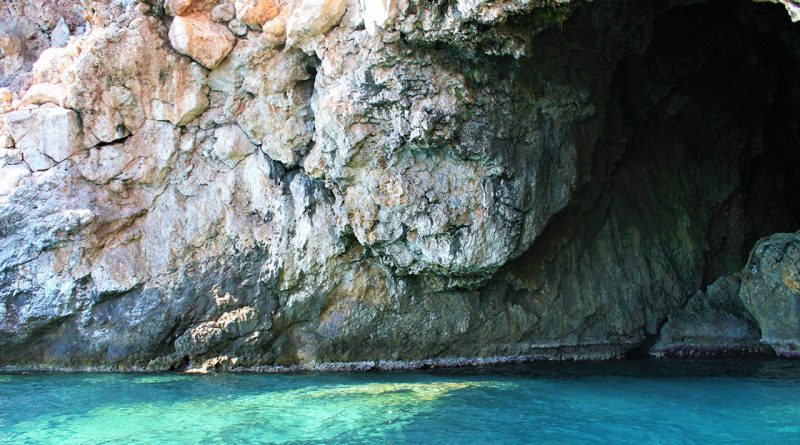 In the Alanya region you can find some fascinating caves. 4 Of them are hidden in the peninsula and can only be seen clearly from the sea. Centuries ago, they were used as hiding places by pirates who ruled the Bay of Alanya.

Some two hundred years before Christ, Alanya was a pirate stronghold. The harbour’s sheltered location made it the perfect operating base. From their hiding places within the rocky peninsula, the pirates took off to plunder cities and attack passing ships.

The rulers of the then Roman Empire were obviously not very happy with the pirates. They presented a threat to their ships at sea, as they journeyed to Rome laden with goods and slaves from what is now Turkey.

But the Romans really had enough, when the pirates began kidnapping the daughters of wealthy Romans and holding them for ransom. They sent their best naval officer, Pompeus, to make short work of the thieves. Pompeus went to work rigorously and by 78 B.C. had wiped all the pirates out, the last ones during the sea battle at Coracesium. This was the former name of Alanya. 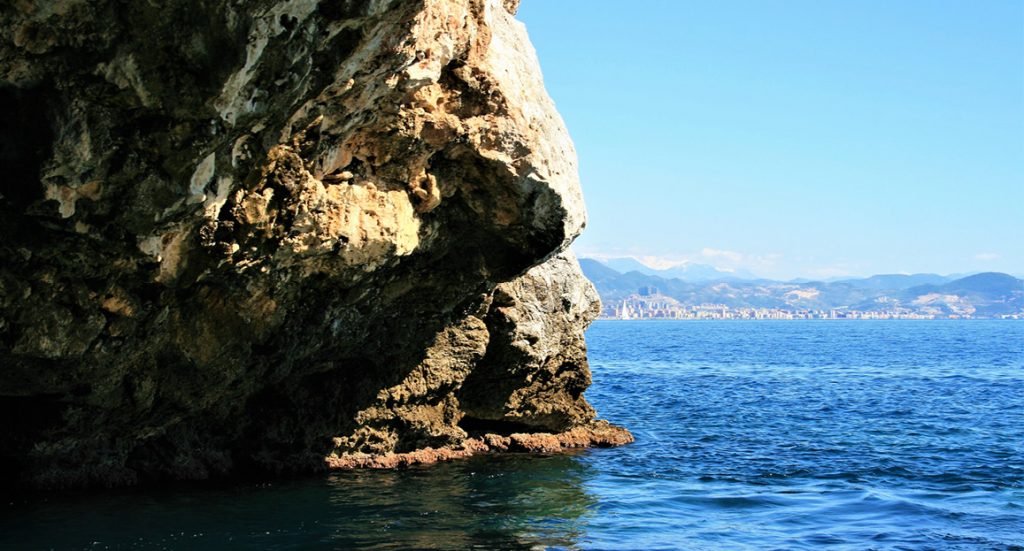 However, despite this radical approach, nowadays there are still places in Alanya to remind us of the pirates. The best known one is probably the Pirates Cave (Korsanlar Mağarası ) on the east of the peninsula. The cave can be seen by boat trip and on a sunny afternoon we rent a boat tour. The captain of the güllet is more than happy to show us the caves. Yes, caves, since in addition to the Pirates Cave there are three other caves hidden in the peninsula.

The really nice thing about such a boat trip is that you get to see Alanya from a totally different perspective. From the water, the enormous rock upon which the castle is built, looks even more impressive and the sea is fascinating shades of blue.

The captain skilfully manoeuvres his boat into the Pirates Cave. With a little thought you can imagine the evil things that used to go on in this place, some ten metres wide and six metres high. According to our captain, the cave has a secret passage leading through the rocks and up to the castle, which the pirates found very useful in the event of needing to escape. 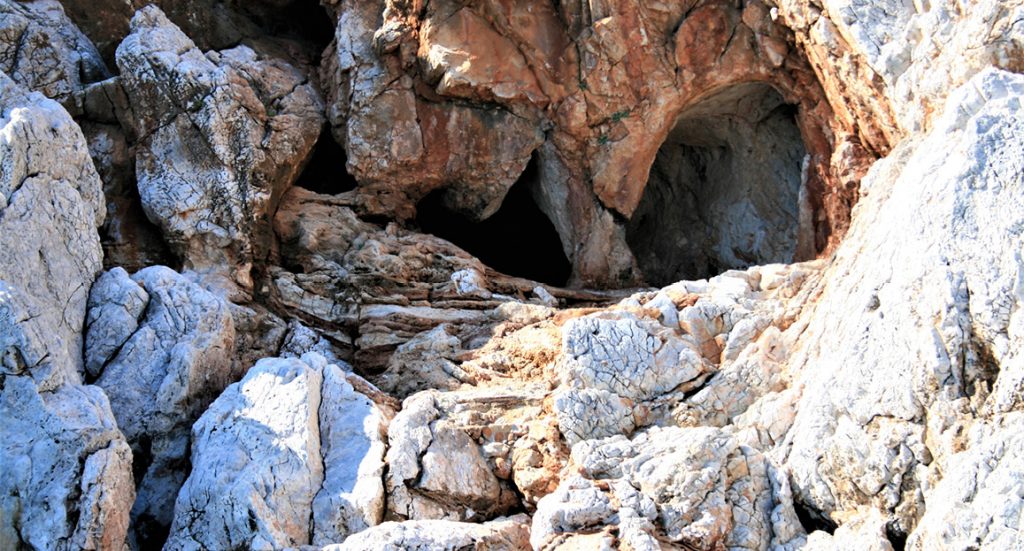 Our next stop is the Cave of Lovers (Aşıklar Mağarası ), so called because lovers used to meet here in secret. The cave’s eastern entrance is some two metres above the sea. Also this cave is said to have a secret passageway through the mountain which brings you up at the western side of the peninsula. 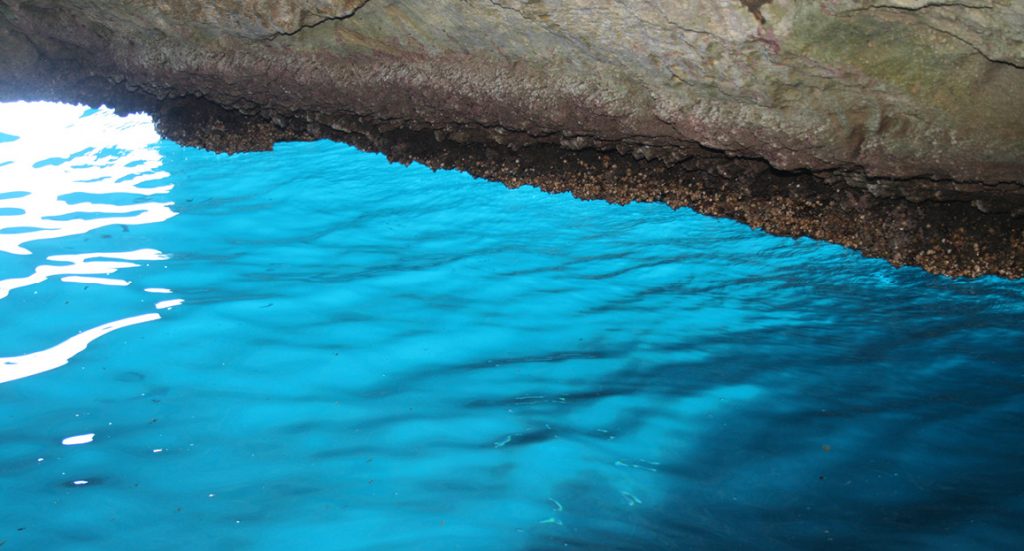 The third cave is the Phosphorus Cave (Fosforlu Mağarası ), where you encounter all variety of colours gleaming out of the water. According to the captain the colours in the water can be seen even better during night time.

We journey on and arrive at the western edge of the peninsula. In the distance we can see Cleopatra beach. 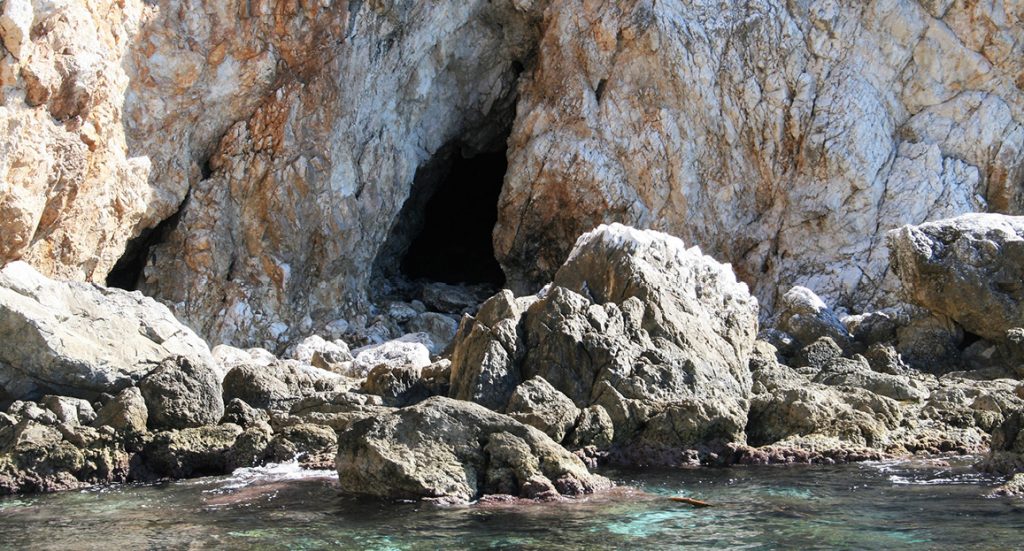 When Alanya had been rid of pirates, the Roman Emperor, Antonius, considered this to be the most fitting place to take his newly-wed bride, the Egyptian queen Cleopatra, on their honeymoon. Cleopatra immediately fell in love with the beauty of Alanya and so Antonius gave it to her as a wedding present.

It is said that whenever she stayed in Alanya, Cleopatra would take a dip in the sea at a particular spot every morning. Our boat trip takes us around the peninsula to that same spot. There the Cleopatra Cave can be seen, situated in a kind of sheltered bay. Our captain tells us that this cave also has a hidden passage which the queen would use to get to and from her private beach. Unfortunately, however, we can’t be sure about this.

You too can take this fascinating boat trip. You can hire a Gullet and its captain in Alanya’s harbour, near to the Red Tower. Prices will depend on how long you (want to) spend at sea.

Have You Ever Tasted Turkey’s Famous Orchid Ice Cream? 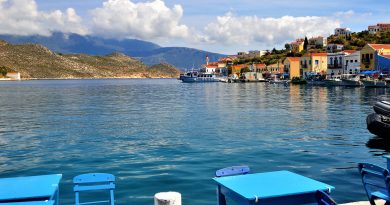 Meis Island: A Daytrip to Greece